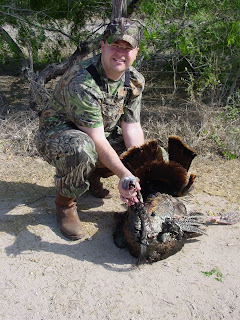 Jonathan went on a hunting trip with EBS (his company) down near Brownsville. They were hunting turkeys and nilgai. Nilgai's are like huge, fat antelope. I attached a picture below. 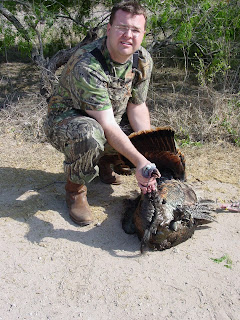 He didn't bring home the turkey meat. He left it for the next group of hunter that were coming after them.
Thank you Uncle James for letting Jonathan borrow your shotgun and rifle and taking him to the shooting range to make sure he could shoot it. 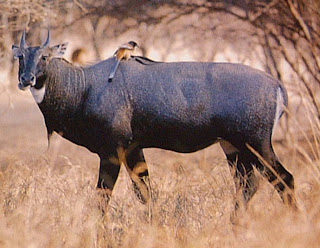 Jonathan said that you actually have to stalk these babies. They move from place to place and don't stop to eat for long periods like deer. Maybe next year he'll get his stalk on.