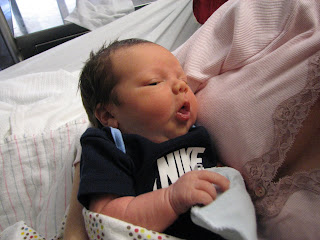 Ace and Aunt Tata drove to San Antonio on Thursday to meet Braedyn. He was still at the hospital because the doctors were monitoring him and Leah (him because he had had trouble breathing after spitting up and her for her blown vein). What a trial! 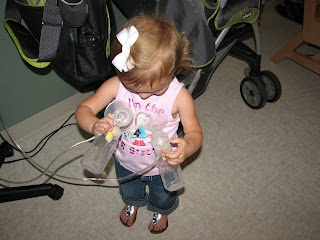 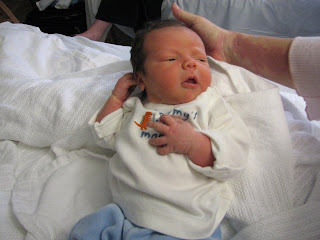 In keeping with her desire to do everything her mama does, Brookelyn discovered the breast pump! 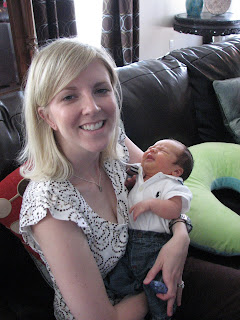 They got released on Friday afternoon. So Friday morning, Ace played with Brookelyn, she did Tata's makeup and we had lunch at the park with the ducks and "Sashi."
Aunt Tata is smitten with Braedyn.

We had such a good time and it was over all too quickly. We drove home to Houston on Saturday afternoon so we could spend the rest of the weekend with Daddy.

As much as she refuses to have anything to do with him when we visit, Brookelyn asked and talked about her uncle Jonathan an awful lot.

what a precious baby! and ace is growing up so much. he is so cute too!