Here are all of the reasons we have to smile... 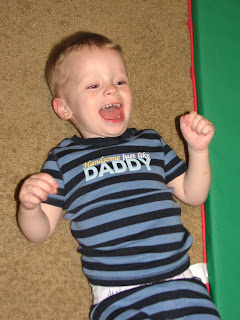 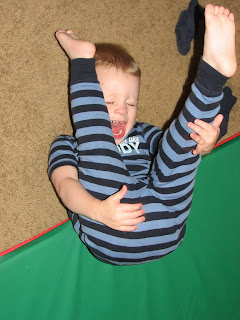 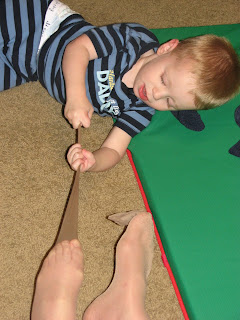 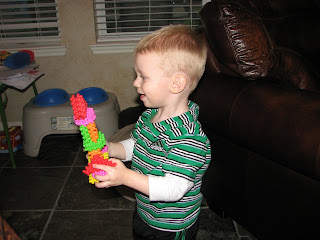 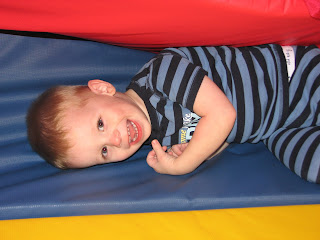 A house full of love and laughter! 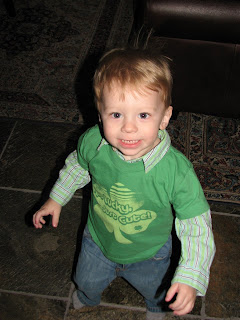 I couldn't pick just one St. Patrick's Day photo that I liked so here's a few. 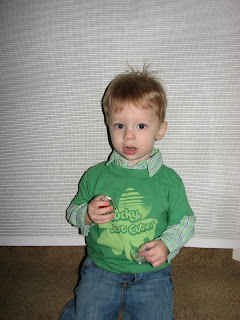 This is a totally typical look lately. He's thinking and then... 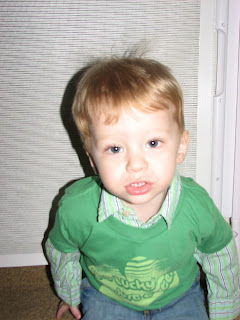 ...he begins to seriously read me a riot about something. Play video below to see what I'm talking about.

Got to love his conviction about whatever he's talking about.

I've got to type fast because my little scientist is waking up from his afternoon nap. Aunt B took us to the science museum this weekend and I believe it is Ace's new favorite place. 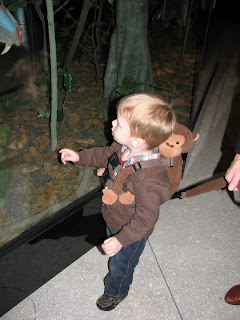 He knew ALL of the animals. Even ones I didn't know he had words for. He pointed and said "Gorilla." Who knew that was in his vocabulary??? You could hear people around us telling him "good job" or "oh my goodness" as he was proclaiming what EVERYTHING was. I claim no credit. He watches too much tv. 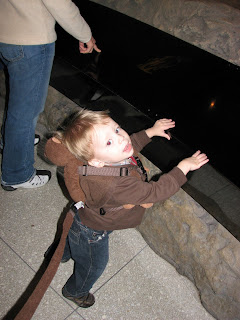 He wanted to be down and running from one exhibit to the next. He ran back and forth between the dinosaurs and actually said "dinosaur." He even said "lizard"!!! 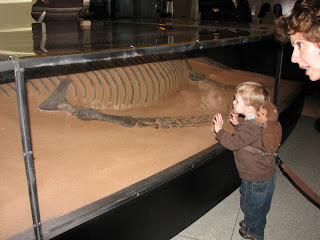 The best part was not captured on film. We took Ace to the 3-D IMAX show "Into the Deep." It was pretty slow going...not nearly as action packed as Wonder Pets but once we finally got his 3D glasses on him, he reached out to touch the screen!!! So cute. Of course, I'm sure not everyone thought his constant talking and announcements were cute.
He woke Jonathan and I up at 5:15 this morning, talking to himself. He didn't quit until 6:30. Talked himself back to sleep I guess. Wonder where he gets that from???

I have been trying to talk Jonathan into redecorating Ace's bedroom in a pirate theme (I found cute bedding online and have been looking for a red toddler bed...no luck so far there). I just think that he's outgrowing the monkeys. ANYWAYS, here is what I'm teaching Ace.

I always see activities at Discovery Green and have wanted to have a picnic there for a few weeks and Sunday was our day. We went to church on Saturday night JUST SO that we could go early Sunday when there wasn't a crowd and I'm so glad we did. 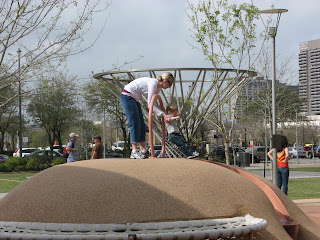 The playground was small but I liked that it didn't have a lot of openings for the kids to fall out and off the bridge, which I always stress out about. 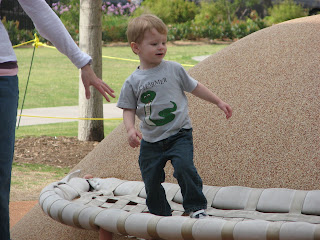 They had these "birds nests" which looked to be made out of woven seat belts. He was timid at first but eventually ended up on the big one which is about 10 feet off the ground! 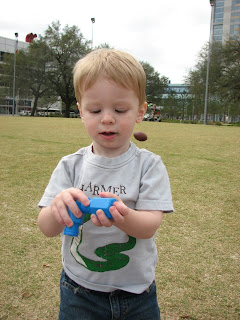 I remembered the bubbles but they were duds and we couldn't get anything to blow out of them. 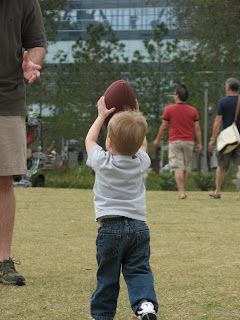 This is one of my favorite moments of all time. I remembered the football and Ace was all over it. Jonathan and I threw it back and forth and Ace wanted in on the action. So we took turns holding him on our hip, throwing and catching. 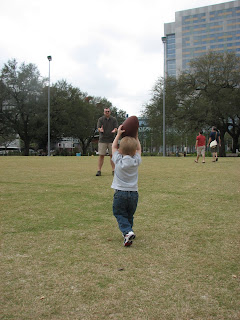 He would run up to you and throw the ball full force when he was only one foot from you. Sometimes the ball was dropped behind his head! We've got to teach him to tuck in into his body rather than holding it over his head. Haven't ever seen that carrying method in the NFL.
Jonathan wasn't up for a picnic so we took Ace to the Aquarium for lunch. He LOVED it. His favorite were the eels and he said "eel, eel" and "goldfish" (sounded more like "goldsish")throughout our entire lunch.
It was a fabulous day and we all got fabulous naps when we got home.

Chris Harrison finally got it right...that was the most dramatic "After the Final Rose" ever! Wow. I don't know whether to despise Jason for what he did to Melissa or swoon at the romance of him being willing to subject himself to such public scrutiny for dumping Melissa and going for Molly. Seems like he gets his cake and gets to eat it too.

Does anyone remember my first two picks...Molly was one of them (Naomi was the other)! I fell for Melissa in the end and GOOD FOR HER for telling him that he "should know better" in regards to what he was doing to her. I just want to hug her and tell her if she'll wait a few years she can marry my Ace!

My final word (maybe I'll need another after tonight's airing) is that Jason needs to grow up and live with the decisions that he makes. Molly needs to evaluate if she wants to be with someone who can treat people the way that Jason treated Melissa.

I'm tired of hearing Bachelors and Bachelorettes say that they need to follow their hearts. Don't they know that the heart can be a trickster and that's why the Lord gave us a mind?! People that are ruled by their feelings come to no good end.

I need help down from my soapbox.