With our Daddy working long hours, Honey and Sashi in Thailand and Gabby and Pops travelling the midwest, we haven't been up to much of anything lately. (That's my excuse for not posting.) So here are just a few videos and photos of Ace being Ace.

He's growing awfully handsome. YES, in 2009 we are getting rid of the paci. 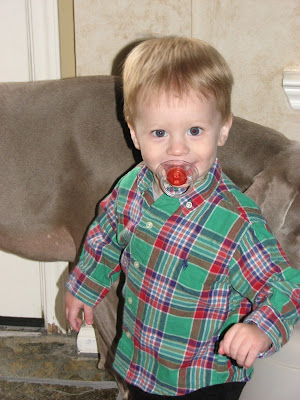 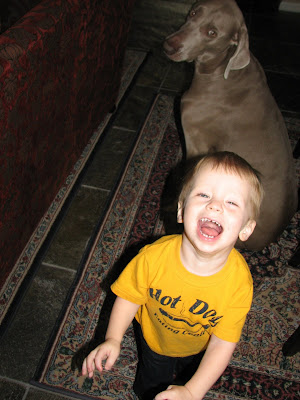 Ace has learned to say "Hello" and it's the sweetest little voice so I was trying to get it on camera, that's why I keep telling him to say "hello." Keep in mind that we have removed the couches and rugs so Jonathan could seal the floor, Ace was loving the echo and Jonathan was TRYING to sleep.

We love our Acey.

Hula is so good to let him do that!!! Too cute! I can't wait to see him again!