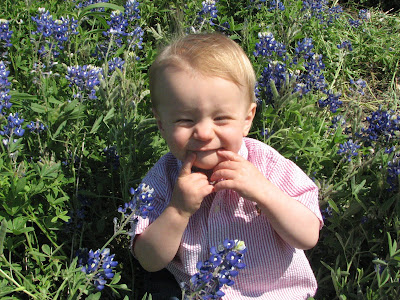 We took Ace to get his photo taken in the bluebonnets on Sunday afternoon. We drove up to Chappell Hill and found about 20 cars pulled over and everyone was out, taking photos of their kids, families and DOGS (yes, there were several dressed-up dogs posing for pictures). It was quite a funny sight to see so many people putting their kids into the Texas weeds - also known as bluebonnets.

This photo was a fluke and turned out to be my FAVORITE! 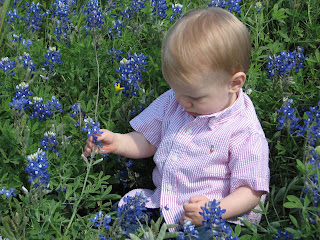 Here are some other good ones from our photo frenzy. 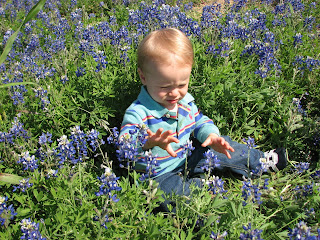 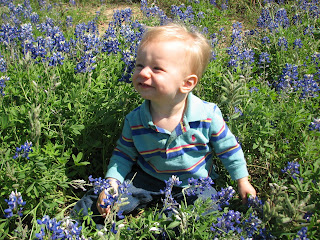 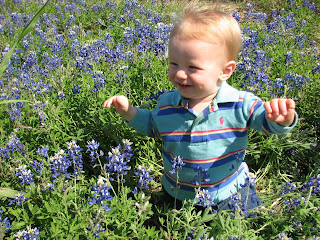 On the way out there, Jonathan said he smelled poop but I told him to keep driving because I didn't. About 20 minutes later, I got a whiff and we had to pull over at the nearest gas station. As I pulled him out of his carseat it erupted out the back of his pants. As only a mommy can, I managed to save his outfit.

Great pics! We have wildflowers in Alabama but I miss the bluebonnets!